How to sketch a UX article 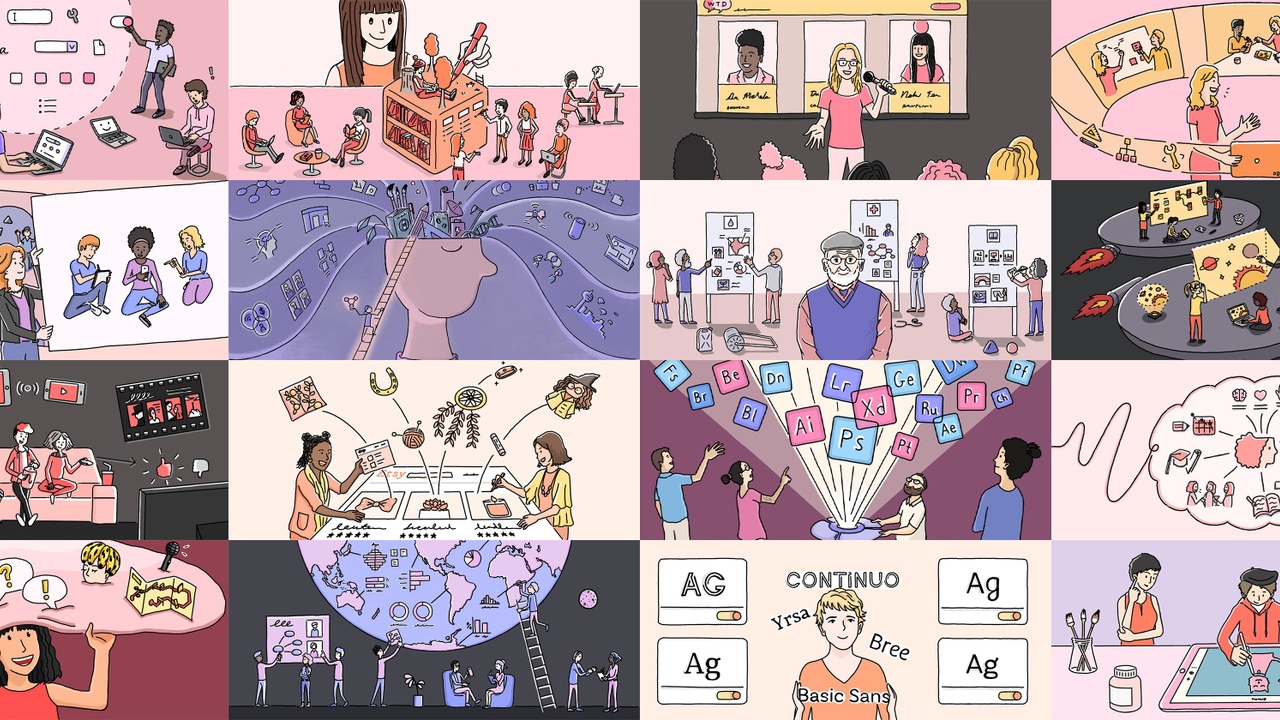 How would you illustrate the concept of ‘culture design’? What about ‘designing for trust’, or ‘disability design’?

Over an 18-month period from 2018, I illustrated over 75 banners for various UX design articles across Adobe’s design blogs. These have been a career highlight for me, both as a designer and as an illustrator. 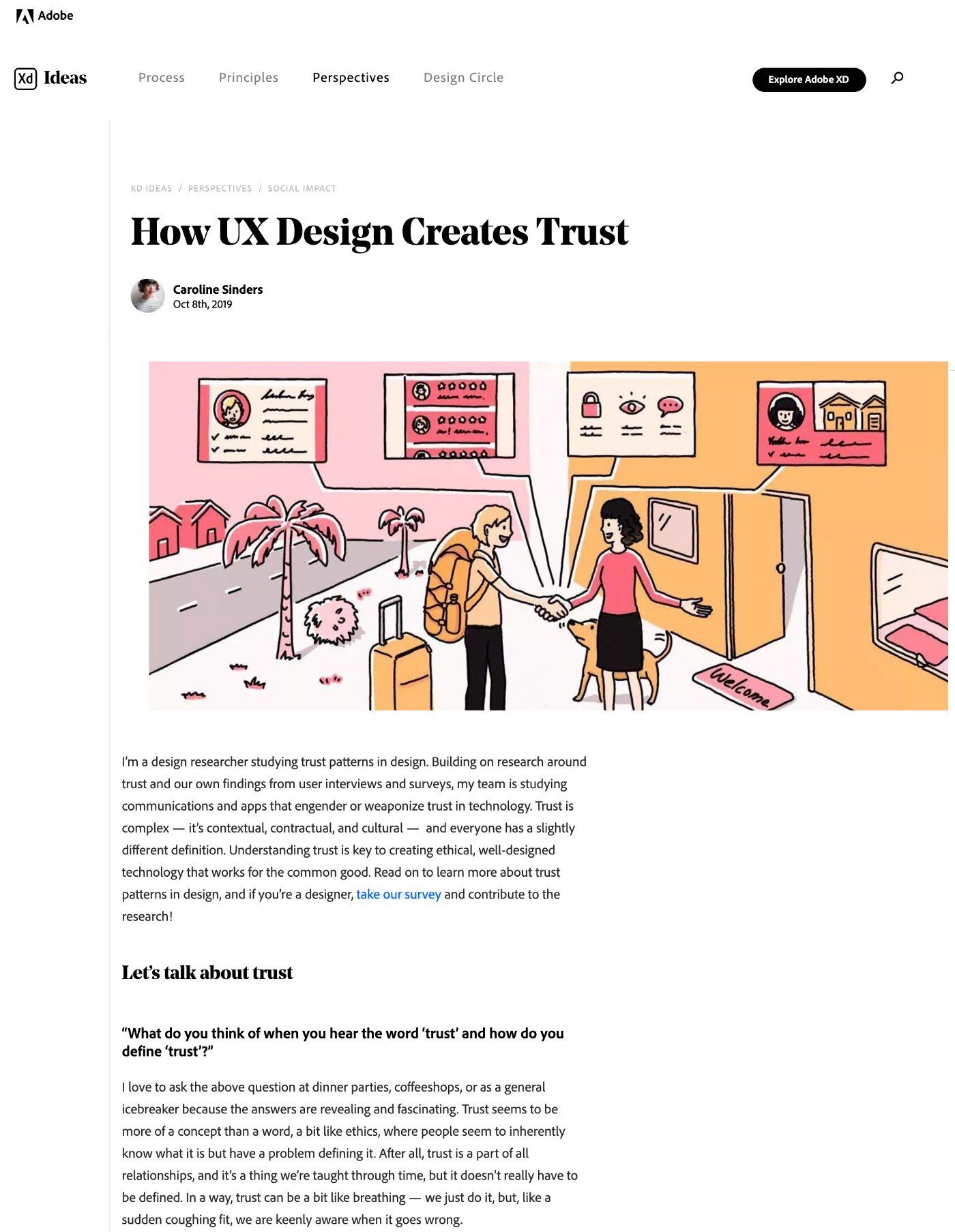 Prior to this role, I had limited expertise in illustration. I had been practicing UX design for a few years and I’d done a lot of sketchnoting (a.k.a. visual note-taking), but that wasn’t the same as producing finished illustrations.

So when people occasionally asked me, ‘Hey, what’s your process for creating these?’, it was a good question.

When the task involves translating complex ideas into a simple visual, it isn’t just about having ‘drawing skills’. It’s about creating something new.

For these banner illustrations, I had to be creative in order to solve specific problems. Such as:

After much trial and error, I landed on a fairly reliable process to get from an article to a finished piece. Surprise, surprise — the steps in my process looked somewhat similar to a design process. 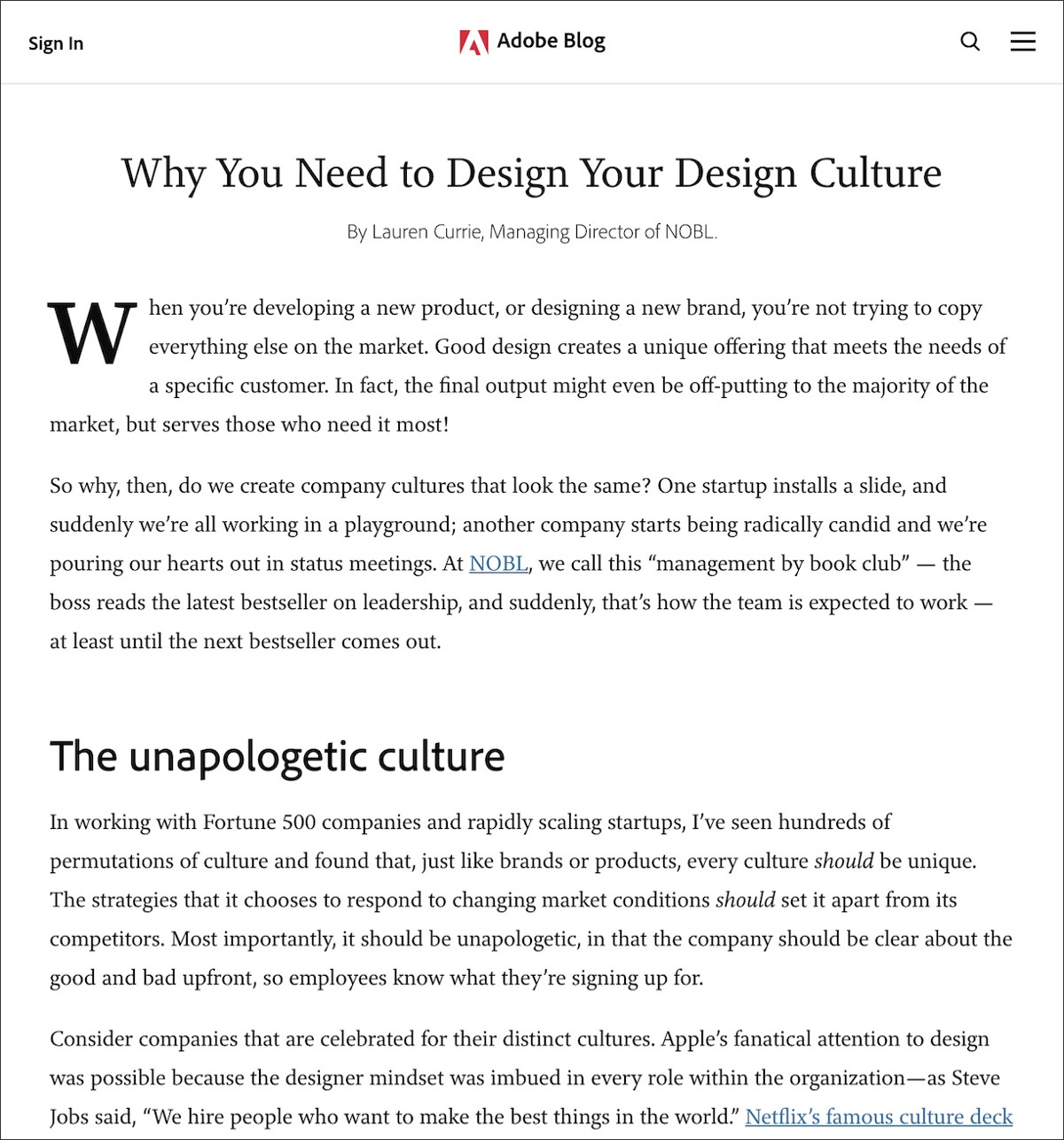 This is where I investigate the article.

Just like a user interview, I take lots of notes and explore the topic as much as I can. To get more depth, I look up the author and any other articles they’ve written, any motifs in their work, and any visual metaphors they use in their language.

This is where I translate concepts from the article into visual language.

First, I look at my concept map and highlight any key themes. I then try to produce some images for those themes.

As I synthesise the content, I’ll go to search engines like Google Images and The Noun Project to find images that match the key themes. The images I gather then become stimulus for the next step.

This is where I sketch as many concepts for the image as possible.

Using a method called thumbnail sketching, I put down miniature versions of any concepts that come to mind. This is a quick way to generate ideas, which is great because at this stage, quantity is key.

If I ever run out of ideas, I’ll use a random word generator to generate some random words. From there, I’ll try to make forced associations between those words and the main topic, which helps me to come up with new thumbnails.

Of course, most of these concepts won’t get used in the end. Being OK with discarding ideas is part of the process for creating something great. Behind the 75 illustrations I’ve done are over a thousand concepts that have been thrown away.

This is where I take a concept and turn it from a sketch to an illustration.

Firstly, I’ll turn two of my best concepts into larger, rough sketches for my editor to choose from.

After the editor picks one of them, I’ll take this image from draft to completion. I start by recreating the image on an Apple iPad Pro, using the Procreate app. My style involves two steps:

A. Line work: Taking my time, I go over the lines repeatedly until they look clean and finished. I sketch over previous layers of outlines as if they were faint pencil drawings.

B. Colour: I colour the piece in different blocks, making sure to separate them as layers. For each layer, I experiment with the Hue-Saturation-Brightness dials until the overall balance feels right. I prefer a simple, two-tone pastel colour scheme that isn’t too distracting. My assistant helps me with this step.

It’s not simple alchemy, but it does feel like there’s a little magic involved.

Each illustration presented its own challenge. The more difficult topics were the abstract ones, including culture design, design systems, design ethics, artificial intelligence and UX journalism.

Regardless, the above process has been a dependable one. Since I landed on it, I’ve deployed it for all kinds of visualisations in my design work.

The work gave me a chance to illustrate for many excellent articles written by some really great designers. Here are some of the highlights.

Articles by Lauren Currie, Don Norman and an interview article with Liz Jackson: 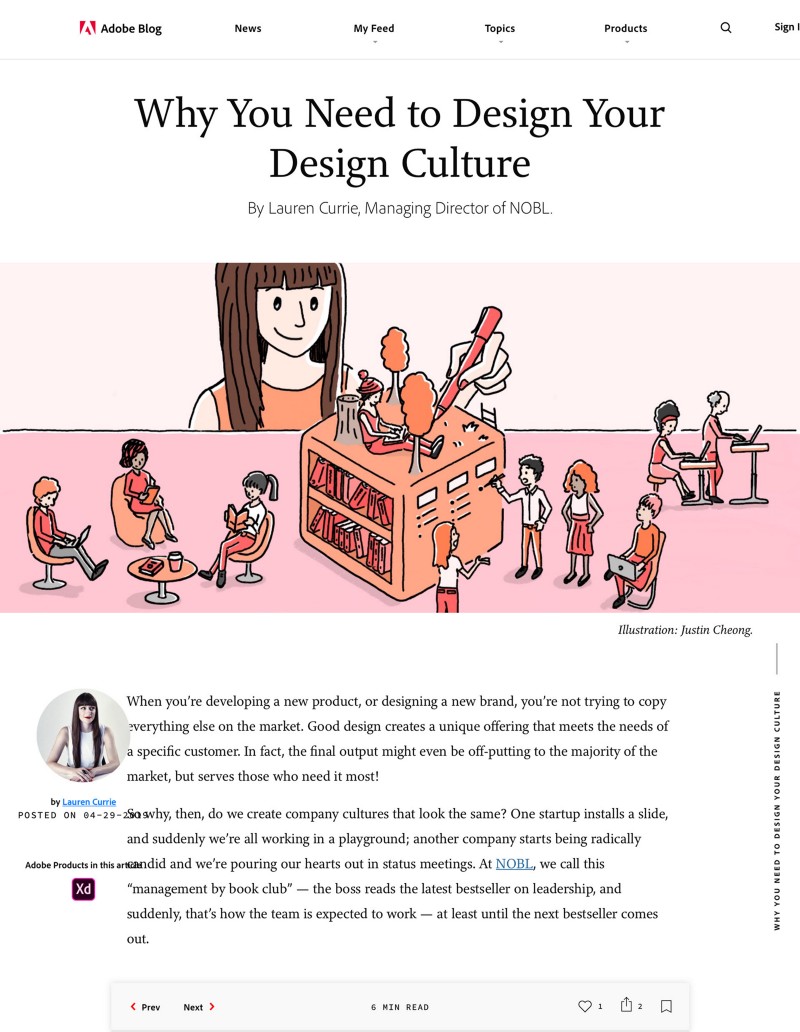 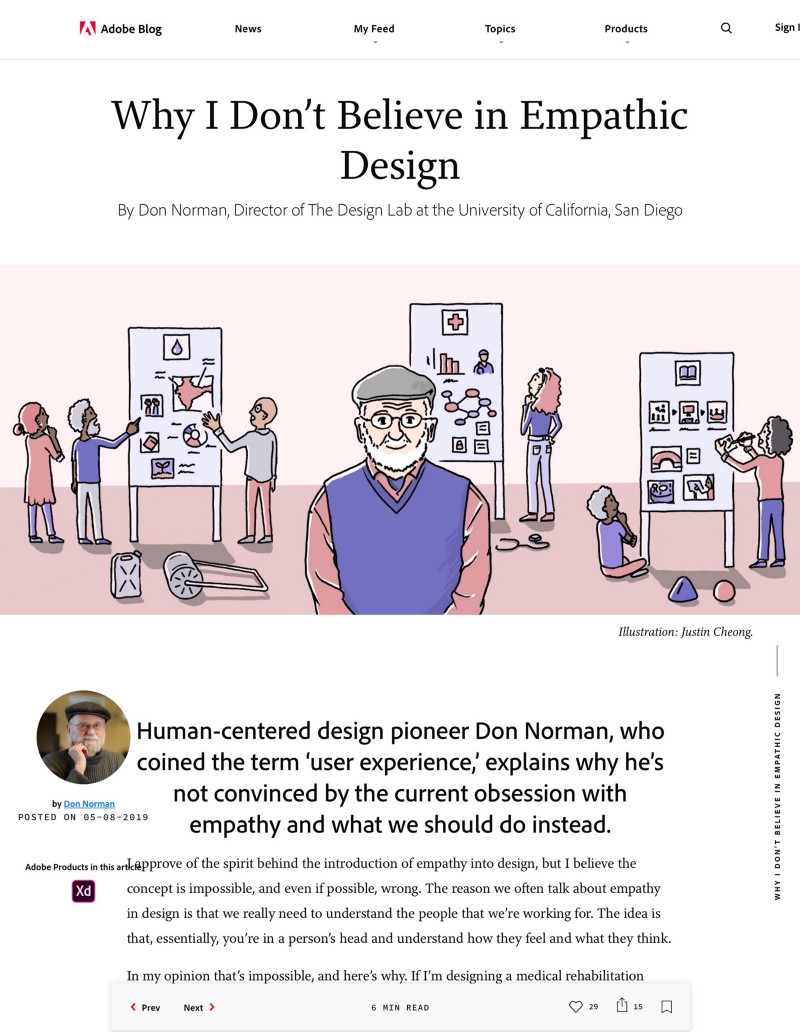 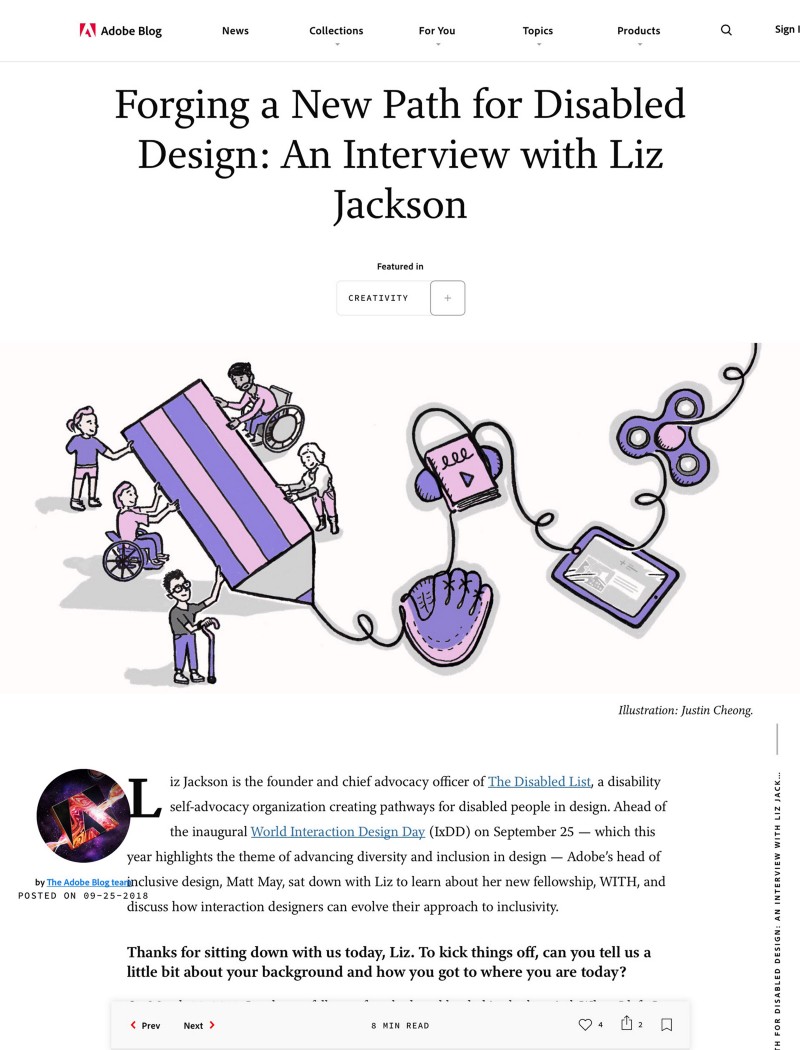 UX evolutions articles with the UX design teams at Netflix, Medium and Etsy: 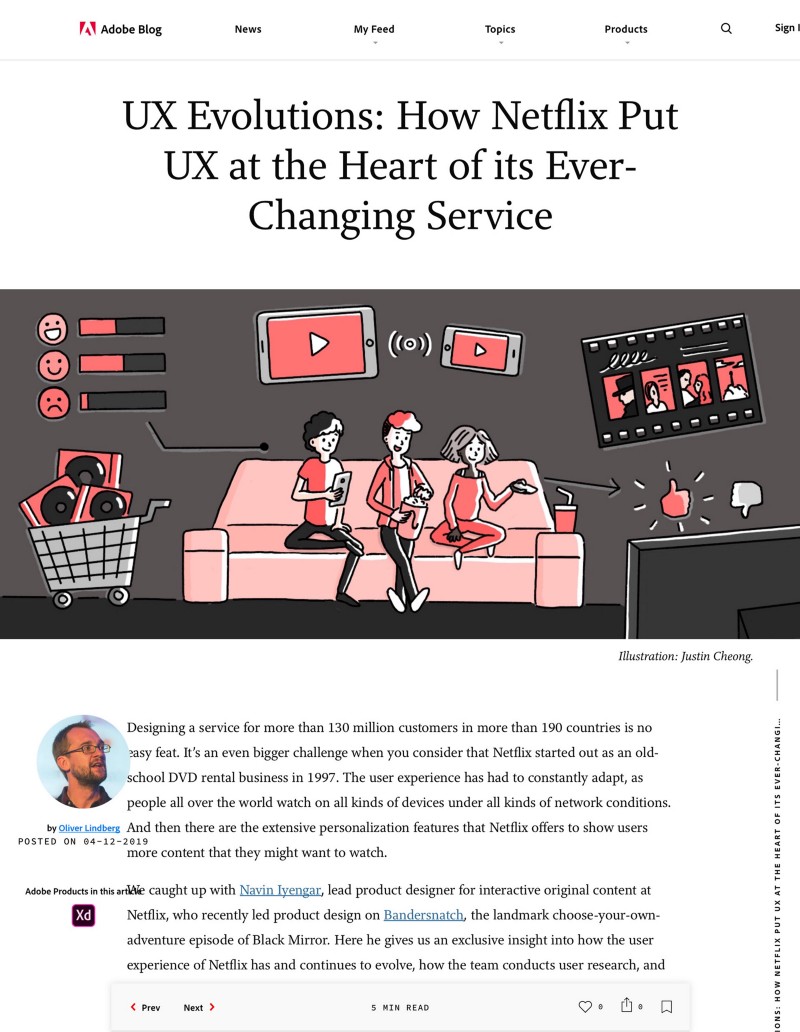 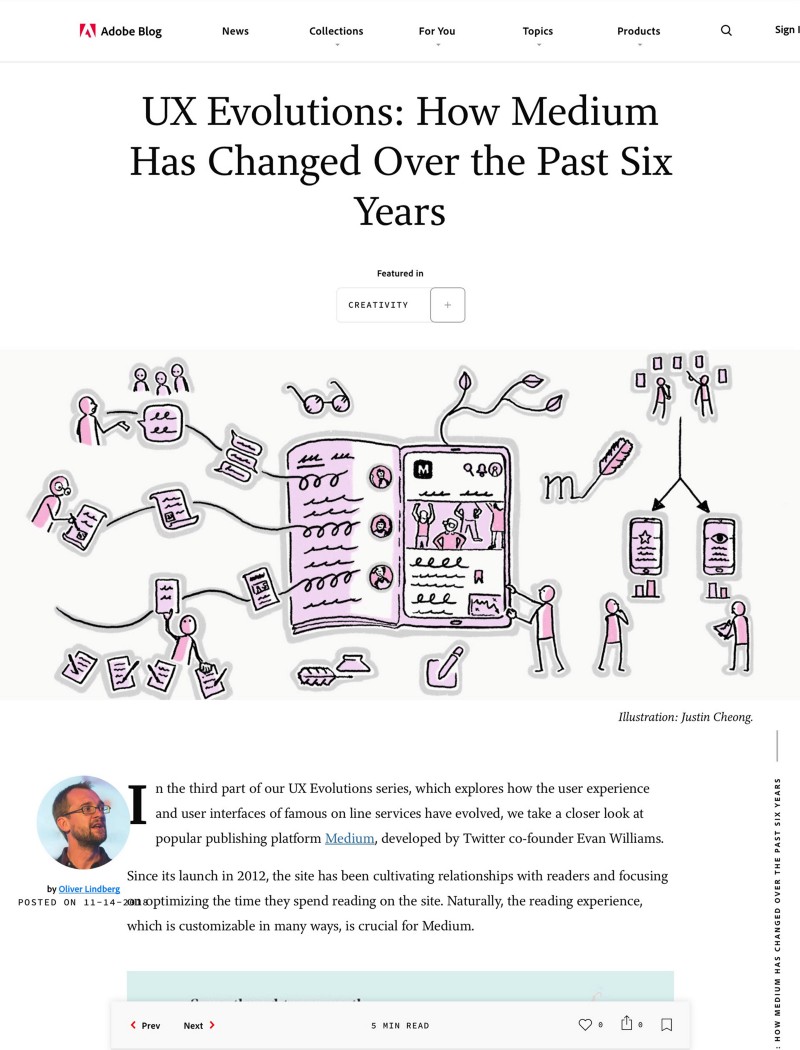 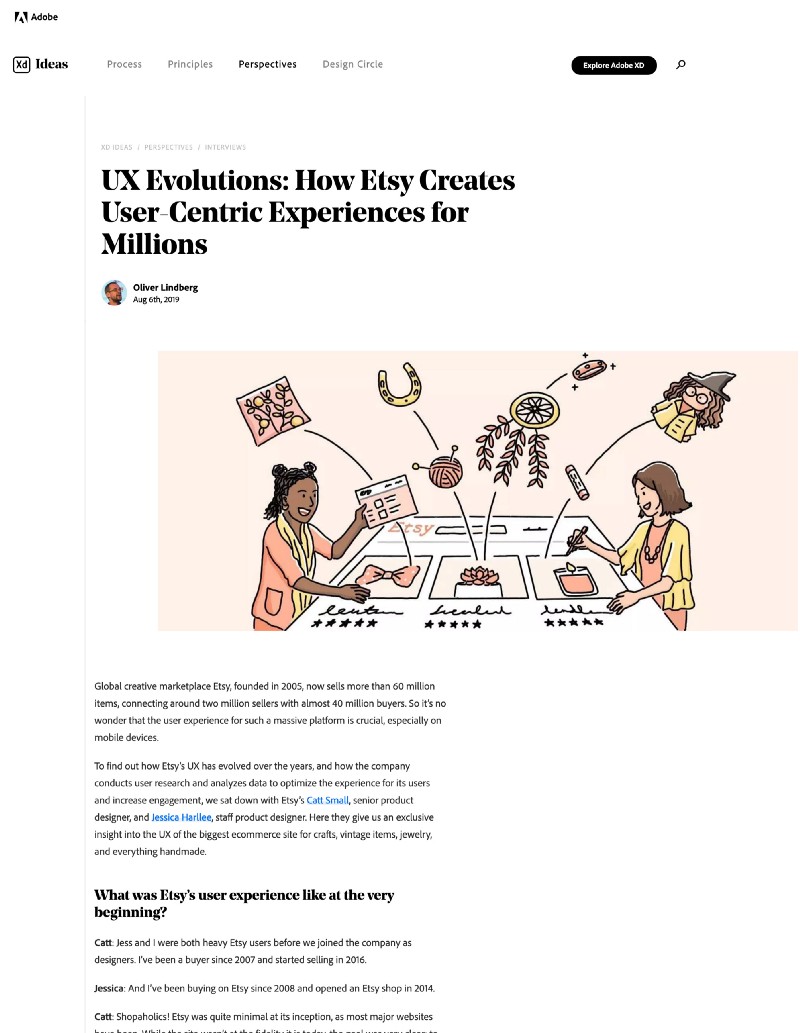 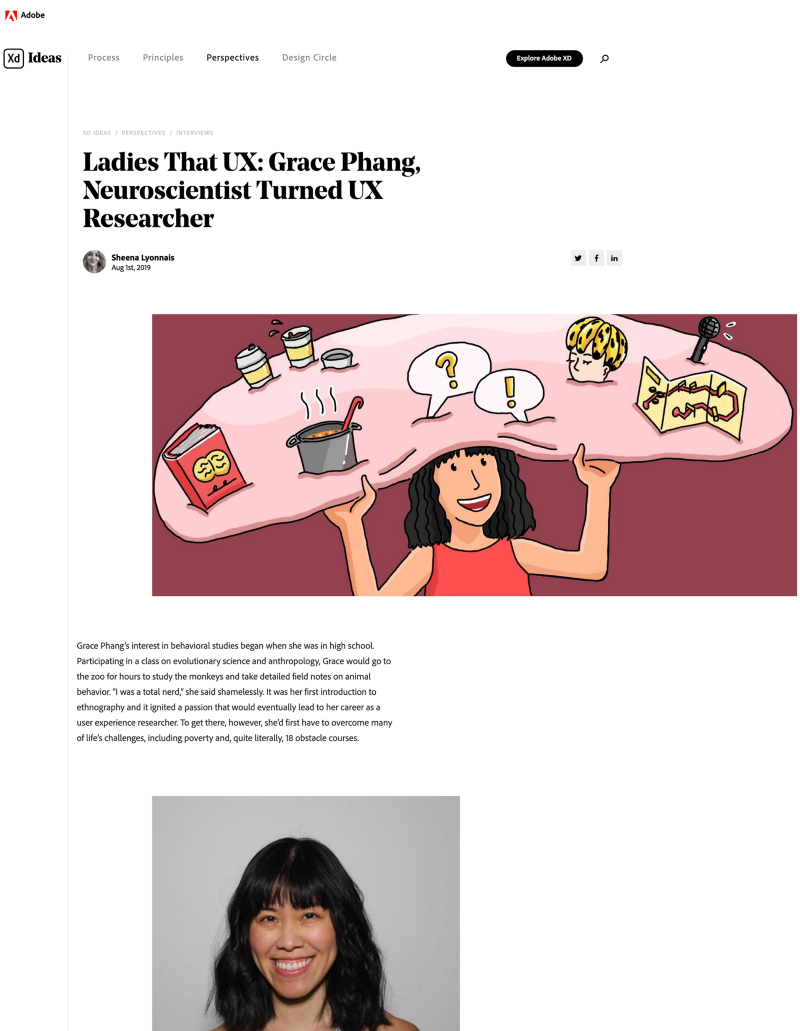 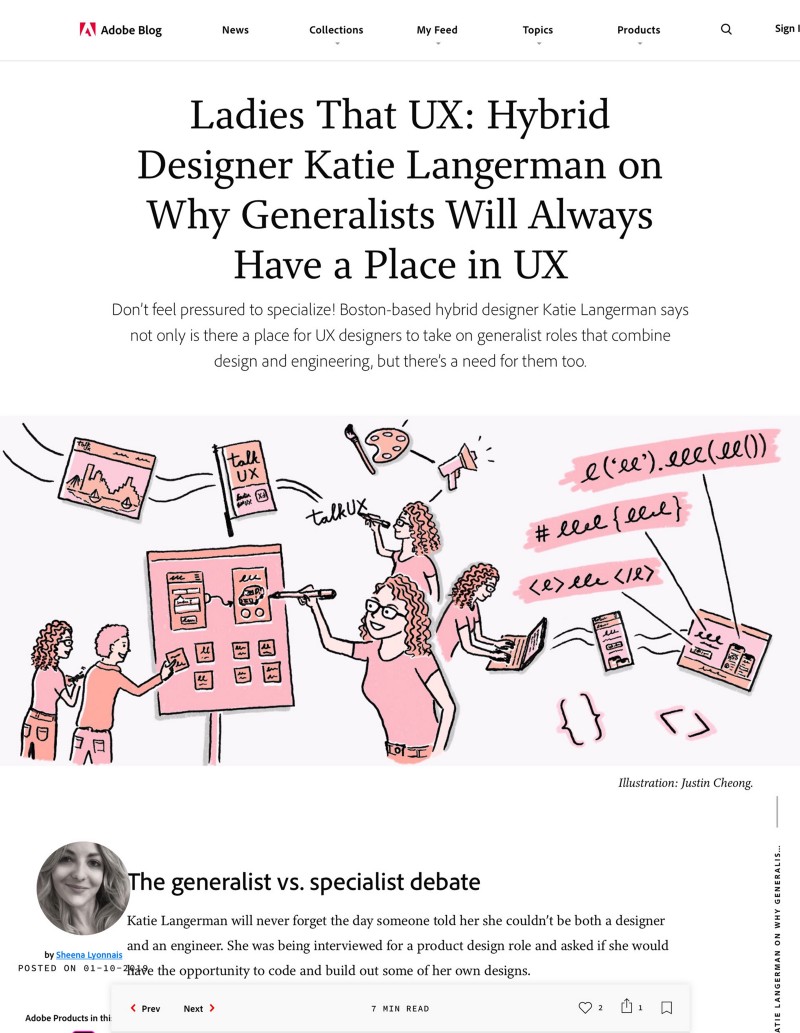 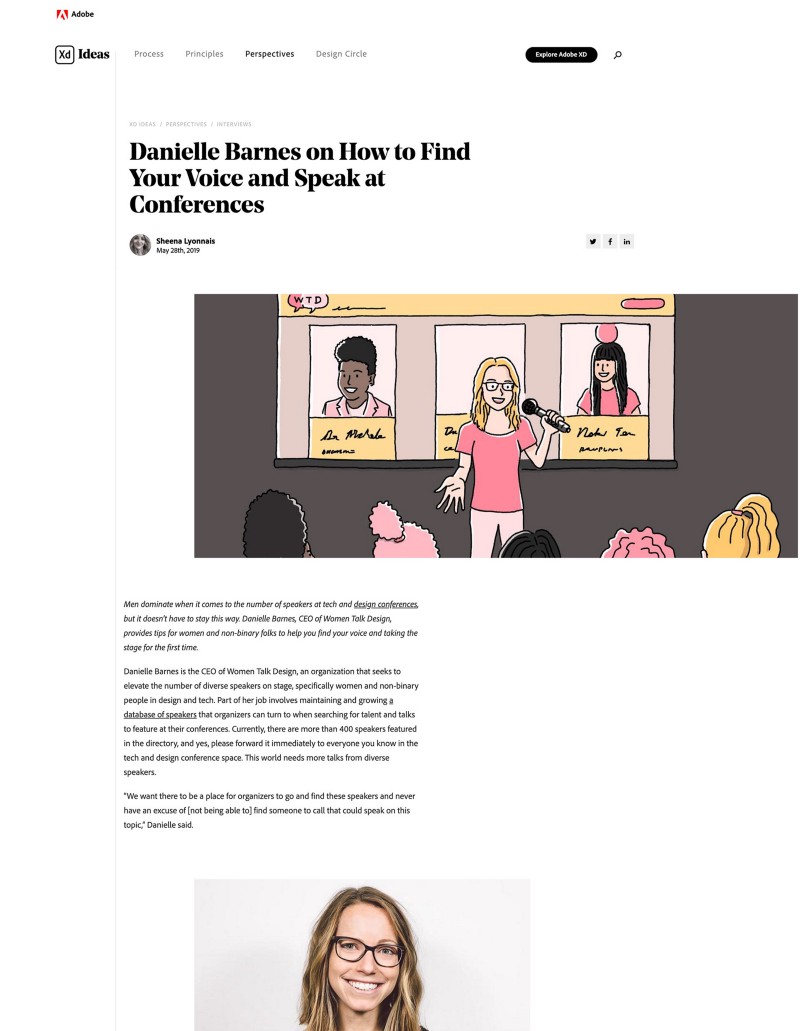 Check out the whole collection of banners and other illustrations here.

Thanks to Patrick Faller for being an awesome editor and to Annie Ji for assisting me with illustrations.

The content in this article was originally delivered as a conference talk at UX Australia 2019.

This article was originally published on UX Collective here.